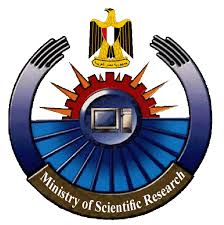 The Ministry of Higher Education and Scientific Research in Egypt was established in 1963. One of the main tasks of MHESR is to determine the research strategies at national levels, to design plans, develop programs, launch initiatives and implement strategies to support and promote scenic and innovation in Egypt as well as to contribute to the advancement of the theoretical and applied scientific research.

Recognizing the need for international cooperation in STI, Research, Development and Innovation (RDI), and in particular with Europe, MHESR has established a designated unit for International Cooperation, which deals with all S&T and RDI actions on a regional/bilateral level. This unit is instrumental in implementing the Science and Technology agreement, and its Action Plan, that Egypt has signed with the EC in 2005.

Through Egypt-EU S&T agreement an RDI Programme (ENPI/2009/21866) has been setup, with the aim of enhancing Egypt’s participation in EU framework Programmes and establishing an Innovation fund in Egypt. In pursuing the above objectives, MHESR assigned an active network of thematic NCPs in almost all FP7 themes coordinated by a NCP coordinator who is part of the Ministry in addition to a network of institutional Focal Points in all Egyptian Universities, Research Centers and relevant Ministries and Industrial organizations.

MHESR is actively involved in regional and international STI policy dialogue through several platforms, particularly with Africa especially being the current chair of African Ministerial Conference of Science and Technology (AMCOST), which is the primary body responsible for S&T and for the promotion of bi-regional S&T cooperation. Within the framework of FP7, MHESR is actively involved in 7 projects, 2 INCO-NETS addressing the following regions respectively: Mediterranean (Deputy Coordinator of MEDSPRING project), Sub Saharan Africa and Gulf, 2 ERANETs Projects for both African and Mediterranean region (ERAfrica & ERANETMED), INCO NCPs Network Project in addition to being the coordinator of Egypt BILAT Project (ShERACA and ShERACA Plus) and last but not least, MoSR is taking an active role in the recently funded H2020 Project MERID addressing the role of Science Diplomacy in the middle east.

MHESR is playing and instrumental role in strengthening and advancing the policy dialogue in the region for reinforcing STI cooperation through its active role in the AMCOST, the Mediterranean Group of Senior Officials (MED GSO) (Formerly named Euro-Mediterranean Cooperation in Research, Technological Development (MoCo)) and the Union for the Mediterranean as well as in High Level Policy Dialogue Bureau (HLPD). Currently, Egypt is chairing the committee of Science and Education in the African Union

MHESR is will mainly contribute to the project through WP4, contributor to task 1 and co-leader of the other two tasks (task 4.2. “communication” and Task 4.3 “dissemination”).